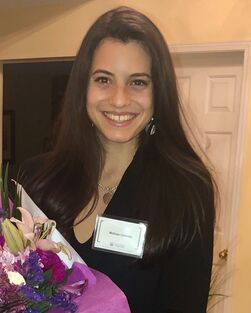 In high school, I ranked second place in Canada for the French language video competition hosted by the University of Ottawa. My  fluency in French allowed me to win an $8000 scholarship. During my 4 years of studies, I was awarded over $25,000 in merit scholarships and bursaries.

In my first year at Telfer, I finished my semester with an A+ GPA and received a  letter from the Dean for being in the top echelon of my class. In my second year, I made the Gee-Gee's Variety track and field team. As a student athlete, I mastered the skill of balancing athletics and academics. After completing my second year, I was honoured with the Academic All Canadian Award by the Governor General of Canada, for achieving an average above 80% and being a student athlete. In my third year, I continued to excel both on the track and in the classroom and was again awarded the Academic All Canadian. Lastly, I completed my 4th year with an A+ GPA. 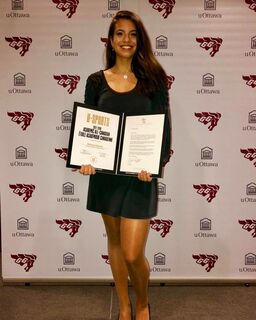 As a bilingual business law student, I had the opportunity to work as a legal assistant at Rossi Family Law. This position provided me excellent practical work experience in the legal field. I attended criminal court hearings and learned about the justice system. As well, for the past 5 years, I had the opportunity to work for the City of Ottawa as a speciality sports programmer for youth. 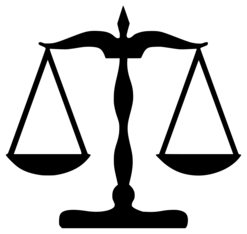